Research in Practice at the Culture in Mediation: Total Translation, Complementary Perspectives conference at the University of  Tartu, Estonia. http://www.ut.ee/SOSE/conference/2010_total_translation/index.html

Heather  used the conference as an opportunity to create two new works that explore and respond to ‘Culture in Mediation’ and the site of the exhibition.  The works explore translation as creative tool and makes use of R. Jakobson’s tripartite definition of the phenomenon: interlingual, intralingual and intersemiotic.  She produced text based works (in the form of a booklet) and a soundwork which was installed in the museum.   Both works introduced subjective narratives into the institution (museum), offering personal perspectives on Tartu and the Estonian language, language acquisition and translation in general. 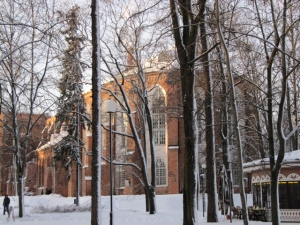 The conference took place at the The University of Tartu History Museum (see above image), where my work was installed/presented and in a restored lecture theatre in the University (featured below). 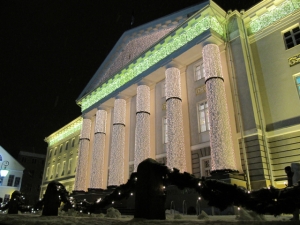 Was developed from internet correspondence with eleven participants, who where either Tartu residents or people who have connections with the city. These ranged from a professional translator, who had lived for a number of years in the USA but had recently returned to live in a village near Tartu, an Estonian journalist now studying at Goldsmiths, Philosophy PhD students and a lecturer in Drawing at the Art School.

These texts were collated and edited and some of the texts were been passed through a translation programme and back translated, to reveal some of the subtle shifts that happen and goes someway to show how translated texts change and evolve.  They often offer another way of looking at the original and at times completely alter the original meaning.  The hope was that the text encouraged further dialogue and discussion, which it did and will continue to do so as I develop and edit the work further.

SPEAKING THROUGH THE VOICE OF ANOTHER III

For this work I initiated an ‘interpreter mediated encounter’ as I wanted to experience what it felt like to be translated and how it affected the conversation, our communication and it’s flow etc.

The encounter involved myself in dialogue with Eve, an Estonian speaker conducted through, Nele, the translator (featured above with Ilmar who helped me find the translators and allowed me to interview him about his profession for my research).  I also interviewed Nele after the ‘encounter’, to gauge her subjective response to it and to talk in depth about her own relation to language and translation.

The work was made and edited in a couple of days, and features the voices of all three participants and the resulting soundwork was installed on two large speakers in the entrance hall of the museum (featured above).

My aim was to make the translator, and her situation visible. What I hadn’t expected was how awkward and difficult it made me feel, as I became self-conscious of how I worded sentences, attempted to get across complex ideas and tried to keep the conversation flowing etc. Thus the two voices you predominantly hear are those of the translator and the initiator as I struggled to articulate and ‘speak through’ another. You occasionally hear Eve’s voice, the Estonian resident as she answers questions and offers an insight into the culture, but it is the encounter and the translating that takes central stage.

I see both these works as temporary and as material for further practice and research which I will revisit in the coming months. 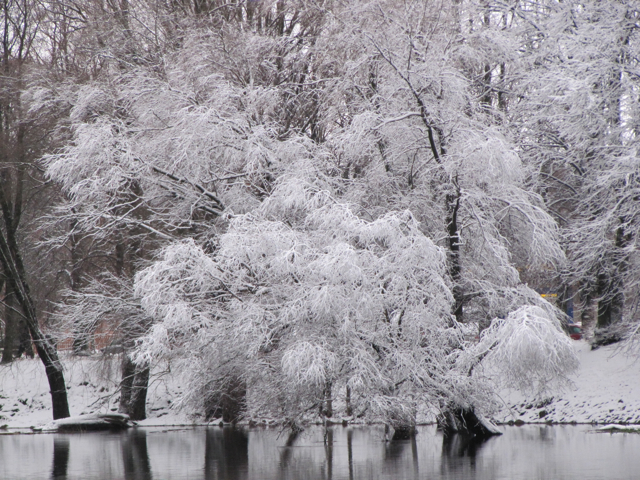 I also presented the work at Travelling Languages: Culture, Communication and Translation in a Mobile World in Leeds, UK on 3rd – 5th December  2010.  Which led to further insights into the translation phenomenon and proved the power of research as practice to elicit new ways of thinking and personal responses.